I am an Eagle, watch me soar! 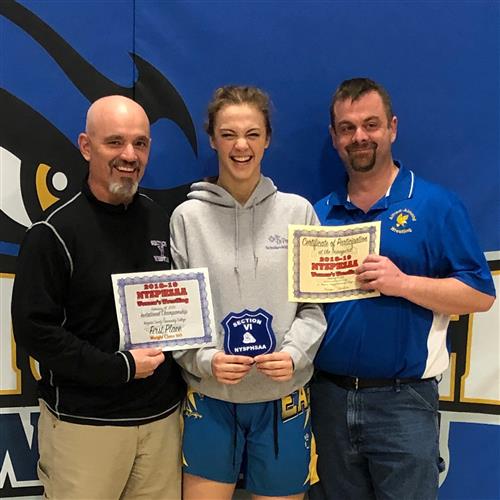 On Saturday, February 16, forty-one female wrestlers representing 30 schools from across five sections in New York State converged on the Niagara Community College Campus to compete in the inaugural NYSPHSAA Girls Wrestling Invitational Tournament.  The invitational was an opportunity for Morgan Davidson, who has to wrestle against boys throughout the season, to compete against other girls.  The tournament was not without sacrifice as Morgan had to miss representing Alfred-ALmond at the Class B Section V Tournament.  In the end, it was a worthy sacrifice as Morgan, who competed in the 160# weight class, came away with a first-place finish besting her opponents by pin, fall or decision.  Congratulations, Morgan, on making history for the sport of women's wrestling and becoming the first female New York State Public High School Athletic Association Invitational Champion at Alfred-Almond High School. 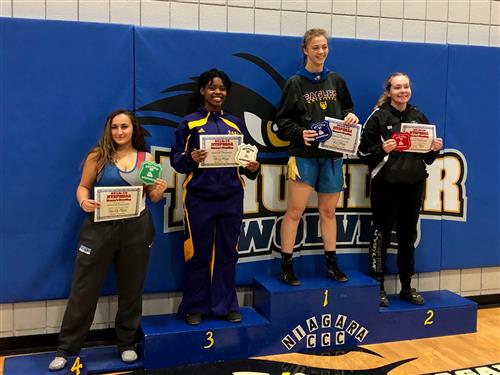 As the District works to make our web presence compliant with the American Disabilities Act, residents who cannot access desired information on our site should feel welcome to contact Joanne Demetreu by email at jdemetreu@aacsapps.com. We will work to get you the information you require in an acceptable format.
Copyright © 2002-2022 Blackboard, Inc. All rights reserved.